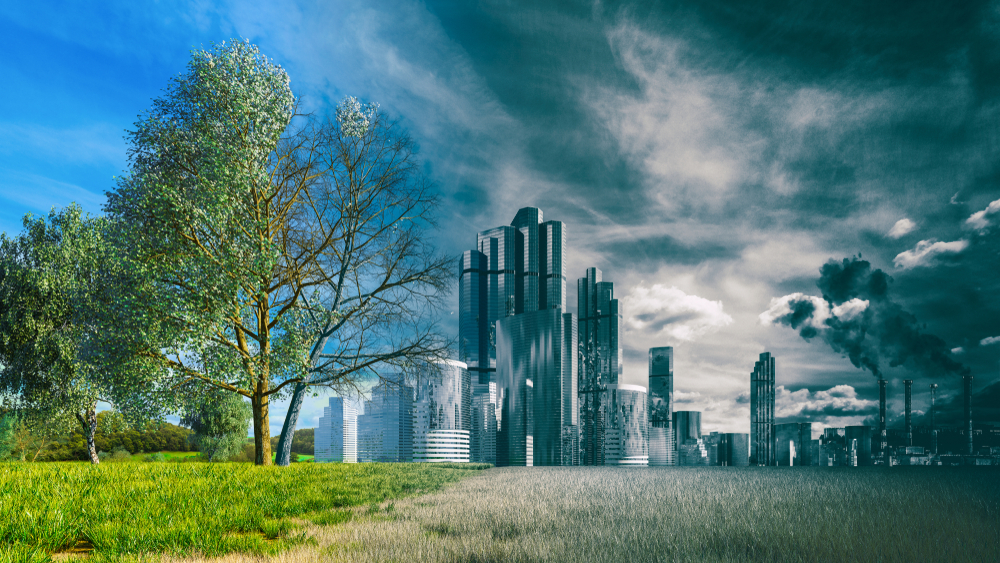 Carbon capture, utilisation and storage (CCUS) and carbon removals are important technologies for the decarbonisation of the energy sector in the long-term.

The Committee on Climate Change (CCC) has previously stated that CCUS “is a necessity and not an option”.

On Tuesday 12th July 2022, Public Policy Projects (PPP) hosted a webinar with representatives of the United States, South Korea and the European Union to discuss how carbon capture and carbon removal infrastructure and technologies are progressing in their respective countries, while also looking at barriers around deployment and policy.

Carbon management in the United States

Mr Crabtree argued that one of the most important aspects of the Infrastructure Law is that it formally places the large-scale commercial demonstration of technology under the auspices of the DOE’s research and development programme. “One of the recurring themes over those 20 years, both in the United States and in Europe, was the need to expand research and development to supporting early commercial demonstration of technologies, and we finally broke through with the Infrastructure Law,” he said.

There are 12 commercial scale carbon capture projects operating in the United States today, most of those in sectors that produce highly concentrated streams of CO2. These new investments will help bring commercial deployment into areas such as power generation and heavy industry, where lower concentration streams of CO2 are produced. These are typically more challenging and costly to capture and manage.

Clean Air Task Force, a national and international NGO, commissioned the Rhodium Group to look at which provisions in the infrastructure bill on carbon management were already enshrined in law, as well as those already being implemented together with this tax credit package. This was to establish what those investments would result in from a deployment standpoint. They estimated that, if the full investment potential of the bill is realised, accounting for enhanced tax incentives and federal investment into projects and technology, the US could see between 210-250 million tons of CO2 captured annually, by 2035.

Mr Crabtree also highlighted that, alongside the country’s commitment of meeting the climate goals of net zero by 2050, the Biden administration is ensuring that a significant portion of the investments, up to 40 per cent, goes to disadvantaged communities. These investments will particularly focus on those communities that are proximate to the major facilities that are set to be retrofitted.

“We are taking real, measurable action to reduce traditional pollutants in communities,” Mr Crabtree added. “At the same time, we want to make sure that they have access to workforce development, job training and other opportunities so that they have the skill sets to take advantage of some of the high wage jobs that will be created by these many projects funded under the Infrastructure Bill.”

Speaking at the National Assembly in October 2020, South Korean President Moon Jae-in announced South Korea’s ambition to achieve carbon neutrality by 2050. South Korea considers CCUS technology an essential tool to achieve both South Korea’s 2030 Nationally Determined Contribution and 2050 carbon neutrality goals. Specifically, South Korea aims to reduce emissions by 10.3 million tonnes through CCUS by 2030. “Most scenarios used by Korea to determine net zero pathways contain an important role for CCUS,” said Mr Jeong. Because of that, the country is committed to accelerating the development and demonstration of CCUS technologies.

Mr Jeong further argued that the objective of the roadmap is to achieve technological competitiveness through technical improvements and innovation for CCUS-based products. “By 2030, it aims to form an initiative to see a product market and achieve the commercialisation of CCU technologies. The roadmap also sets a goal of cost competitiveness by 2040,” he concluded.

A key demonstration project currently underway in South Korea is the East Sea CCS Project, which is expected to inject and store 400,000 tonnes of CO2 per year. The project aims to demonstrate the feasibility, safety and efficiency of middle-scale CCUS in South Korea.

Finally, Mr Jeong touched upon the importance of having the right partnerships so that “the unnecessary barriers to CCUS are removed and the deployment can be accelerated”. The South Korean government is also working to reform various complex pieces of legislation that can apply to CCUS projects, with the objective being the enactment of single, integrated CCUS policy. The policy, argued Mr Jeong, will be comprehensive and aim to streamline all aspects of the CCUS value chain.

The EU’s approach to carbon capture and removal

Speaking on behalf of the EU was Emilien Gasc, Climate Attaché of the EU Delegation to the UK. The European Union has been interested in carbon capture and carbon removals for quite some time. However, Mr Gasc argued that the real watershed moment was the Climate Law in early 2020 as it formalised and mandated the concept of negative emissions in the EU.

“Whatever we do in this sector must not distract from the mitigation efforts at source, and it must also do no harm to biodiversity,” argued Mr Gasc. “We will sponsor and support projects that yield the most co-benefits – social co-benefits, but also biodiversity,” he added.

Mr Gasc continued by setting out the EU’s priorities, stating that the first one remains reducing fossil carbon use by 95 per cent by 2050, followed by a focus on the residual 5 per cent by favouring recycling carbon from waste, sustainable biomass, or air.

A timeframe for EU priorities on CCUS:

Mr Gasc followed this by touching on an important challenge for the EU: CO2 storage. Europe has 300 Gt of theoretical CO2 storage potential; however, it is not uniformly distributed. “Another challenge relates to the level of acceptance; not every EU member state is on the same wavelength on this. Some of them are opposed to storage, others not necessarily so,” he said. Mr Gasc recognised that when creating an open market, the EU will need to acknowledge these difficulties, and enable those with domestic issues around carbon storage to still participate in the EU’s CCUS market.

Perhaps the biggest announcement in the EU’s December 2021 paper was the notion of a regulatory framework for CO2 removal. The EU acknowledges that “any future climate policy will need to be credible, and for this, we need reliable definitions and guarantees in terms of environmental integrity,” Mr Gasc said.

He concluded by saying that although the EU acknowledges the substantial technical challenges, it will propose an EU regulatory framework for certification of carbon removal by the end of 2022. At the same time, the EU believes that a number of viable, scalable solutions for carbon capture already exist, particularly in the agricultural sector.

Regarding supporting other countries, Mr Gasc explained that currently, the EU’s top priority is to develop its own regulatory framework, which can then be used as a benchmark for collaboration abroad. This is a similar approach that the EU has also employed with the Carbon Border Adjustment Mechanism.

Collaborative solutions for a common goal

Although there is a significant gap between how much carbon the world is currently capturing and what is required to meet the IPCC’s climate targets the speakers on this webinar demonstrated that there is tangible and significant progress underway. Capturing and removing carbon from the atmosphere in accordance with IPCC targets can only be achieved if countries work together to share best practice and seek collaborative solutions to this common goal.