Truss me, I’m a doctor: If saving the NHS is the question, is Liz the answer? 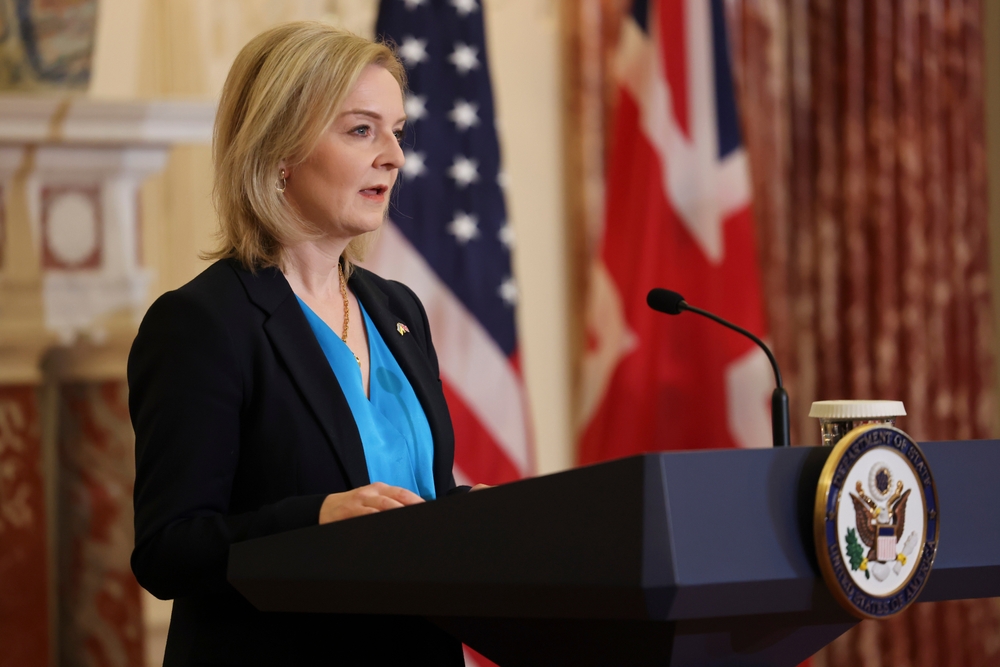 With convergent winter crises looming over the horizon, Ísla O’Connor assesses the Conservative Leadership hopefuls’ plans for the NHS.

As we crawl into the twilight hours of a lengthy and fraught Conservative leadership campaign, the British public is inundated with national crises that Liz Truss and Rishi Sunak have promised to resolve. Over the course of this leadership campaign, people across the UK have baked in 40-degree temperatures and cooled off in sewage-filled seas, grappling with the rising cost of living and facing a winter of unaffordable energy bills and prospective fuel poverty.

On top of this, concerns regarding the state of the NHS have dominated national discourse as waiting lists for elective procedures grow to 6.7 million, up 50 per cent from pre-pandemic levels., Meanwhile, NHS member organisations warn that working conditions and A&E waiting times are continuing to deteriorate, with the number of patients waiting more than 12 hours increasing by a third since mid-July. The social care sector continues to be left in disarray despite Boris Johnson’s promises to “fix social care” and is set to suffer further as the NHS crumbles alongside it.

Liz Truss appears to be the Conservative Party favourite to tackle these issues with Tory Party MP Saqib Bhatti stating on LBC that Truss has the “robustness” and “drive” to tackle current NHS pressures, which allegedly exist as side effects of the Covid-19 pandemic. Arguing that these extraordinary NHS pressures are simply a ‘hangover’ from the pandemic does not account for the non-covid-related excess deaths reported by the Financial Times, nor for the pressures the NHS continues to face in the pandemic’s wake. According to Our World in Data, the UK recorded the highest number of global deaths per million in August 2022 and the second highest number of total Covid-19-related deaths globally.

Working at the coalface of this crisis are the doctors, nurses, carers and allied health professionals who provide emergency and rehabilitative care to those who continue to be impacted by severe Covid-19 infection. These healthcare professionals are also gearing up for the NHS winter surge, which is predicted to be exacerbated by an increased incidence of flu infection and fuel poverty. But according to her peers, Truss is the Conservative Party Leader who can address these issues.

Policies in the pipeline

So, what makes Truss capable of saving the NHS? According to The Telegraph, Truss plans to unveil a series of taxation and pension reforms to allow high-earning consultants and GPs to provide care to more patients without financial cost. Other alleged plans include encouraging retirees to return to work in the NHS and removing “unnecessary” training schemes associated with their return to practice. These policies, among many others not promoted by Truss, are featured in the Health Select Committee’s July 2022 report ‘Workforce: Recruitment, Training and Retention in Health and Social Care’. As of yet, the physician pension tax reform proposal has not been accompanied by a financial strategy to account for public services provision without these taxes. However, as Truss plans to call a snap Spending Review, these changes may all be accounted for in due course.

Understandably, proposed pension reform is a welcome change to many long-serving NHS employees. However, tackling workforce shortages by encouraging clinicians to return from retirement was one of a number of emergency measures implemented across the NHS in the early days of the Covid-19 pandemic and does not offer a long-term solution to NHS workforce shortages. Pension reform and facilitating return to practice will tackle only a small component of a system-wide crisis and fails to account for the burn-out and poor working conditions that are driving healthcare professionals to leave the NHS in the first place.

In a Medscape UK survey of 1012 UK doctors, 1 in 3 GPs and 1 in 4 specialty doctors are considering leaving medicine and only 30 per cent of GPs reported feeling satisfied in their jobs, compared to 62 per cent of speciality doctors. Saving the NHS does not require a fresh face, a unique political grit, clapping for carers or forcing an over-stretched workforce to soldier on. These Medscape UK figures cannot be addressed by reducing pension taxes alone. This crisis requires that the government works alongside the healthcare workforce to rebuild a crumbling healthcare system and the policies that can facilitate this are plentiful and readily available.

Down the line, Truss may propose radical reform across the NHS, increase government spending, provide pay rises in line with inflation, facilitate training and recruitment for all health care provider roles and improve working conditions, however, her likelihood to do so is unclear. Should her desire for pension reform be borne from a desire to invest in the NHS workforce rather than from a dislike of taxation, the NHS may well benefit from her tenure. However, prior to her political career, she co-authored a piece for far-right think-tank Reform calling for pay-cuts for doctors and supporting charging patients for GP appointments.

Truss currently sits on the Board of Parliamentary Supporters for the think-tank ‘1828’, which avidly supports the of privatisation of the NHS. Should her position remain, NHS reform that accounts for the cost-of-living crisis for all healthcare professionals and prioritises the wellbeing of the workforce may not arise as consequences of her leadership. Whether these policy leanings would inform the decisions of a Truss-led government remains to be seen, but if implemented they are unlikely to be popular with the electorate, as only 2 per cent of people would support whole privatisation of the NHS and 64 per cent believe the NHS should be funded by general taxation from the population, according to two recent YouGov polls.

If elected leader of the Conservative Party, Truss is obligated to fulfil the Conservative Party’s 2019 Manifesto, of which NHS resourcing and workforce recruitment is a core priority. Declared as uniquely capable of tackling this NHS crisis by her colleagues, Truss’ leadership promises plenty. Yet her policies and pronouncements suggest that any NHS reforms undertaken will be approached through the lens of tax cuts.

Addressing poor working conditions, testing and treatment backlogs and A&E waiting time crises is not possible through reducing pension taxation alone. Rather, they should be addressed through sustained allocation of government resources, prioritisation of apprenticeships, education and training across the NHS, payment of staff to account for the cost-of-living crisis, and investment in health promotion and disease prevention measures.

Whether Truss or Sunak will become the next Prime Minister remains to be seen, and Sunak has been criticised widely for his reticence to lay out a policy strategy tackling the current pressures experienced by the NHS and the social care sector. Sunak’s promise to put the NHS on “war footing” has been met with calls for realism, notably from Danny Mortimer, Deputy Chief Executive of the NHS Confederation. The New Statesman has criticised both candidates, stating “the pair are more comfortable trading barbs and talking up culture wars than they are engaging with the ugly reality of the country’s most important public service.”

Ultimately, the future Prime Minister’s chosen policies will come at a time where the NHS and social care sectors desperately need pragmatism, investment, support and manpower to prevent total collapse. The future Secretary for Health and Social Care will ultimately decide if the plight of the NHS and its employees across the UK will be addressed through government policy, but if their policies start and stop with those of Truss, the NHS may be left wanting.