The Social Care Workforce: Averting a Crisis | In the news 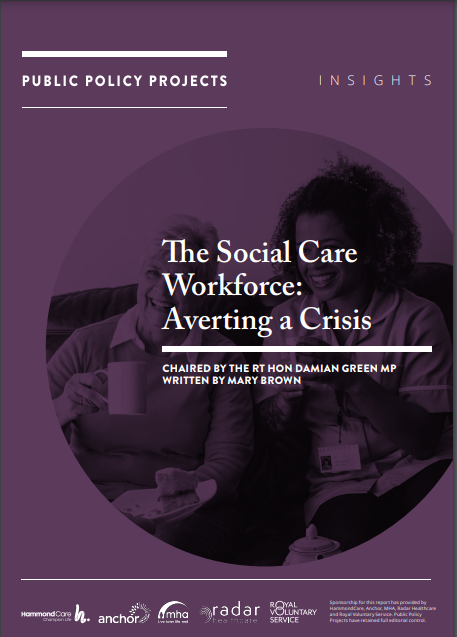 A new report by Public Policy Projects (PPP) has called for a ‘Nightingale Shift’ in the social care workforce.

The report, The Social Care Workforce: averting a crisis, explores the extent to which the sector has been suffering from high staff turnover rates, chronic recruitment and retention issues, and low morale, finding that pre-existing workforce issues have been exacerbated by the pressures of the Covid-19 pandemic on the care sector.

The report was chaired by former Deputy Prime Minister, the Rt Hon Damian Green MP, and was co-produced with individuals with lived experience of the social care sector. It finds that social care staff do not enjoy the same status in the minds of the public as their NHS counterparts, despite the similarity in roles and skills required.

The report and its recommendations has been covered by The Independent:

In a report published on Tuesday, Damian Green called for the minimum wage for care workers to be increased in line with NHS pay and said there needed to be a shift in public opinion similar to the boost in status that nurses received following the work of Florence Nightingale during the Crimean War.

Mr Green, who served as deputy prime minister under Theresa May, said: “We need more care workers, we need them to stay longer in their jobs, and we need them to be better paid and more highly regarded.” 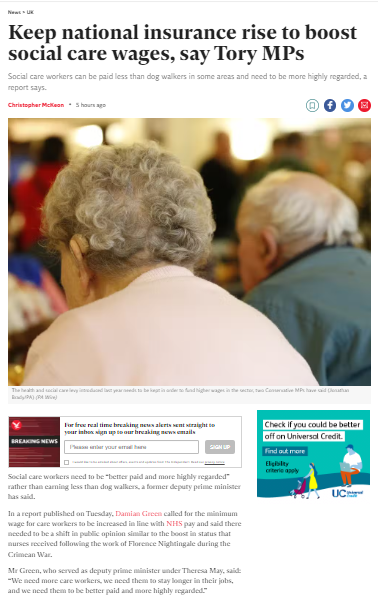 “The Social Care Workforce: averting a crisis”, published on 26 July, states that some carers are paid less than dog walkers and calls for urgent action from the government to improve the recruitment and retention of care professionals and volunteers in the adult social care sector.

Damian Green, who served as First Secretary of State and Minister for the Cabinet Office from June to December 2017 in the Second May government, said the minimum wage for care workers should be increased in line with NHS pay. He added a shift in public opinion similar to that received by nurses following the work of Florence Nightingale during the Crimean War was needed for care workers. 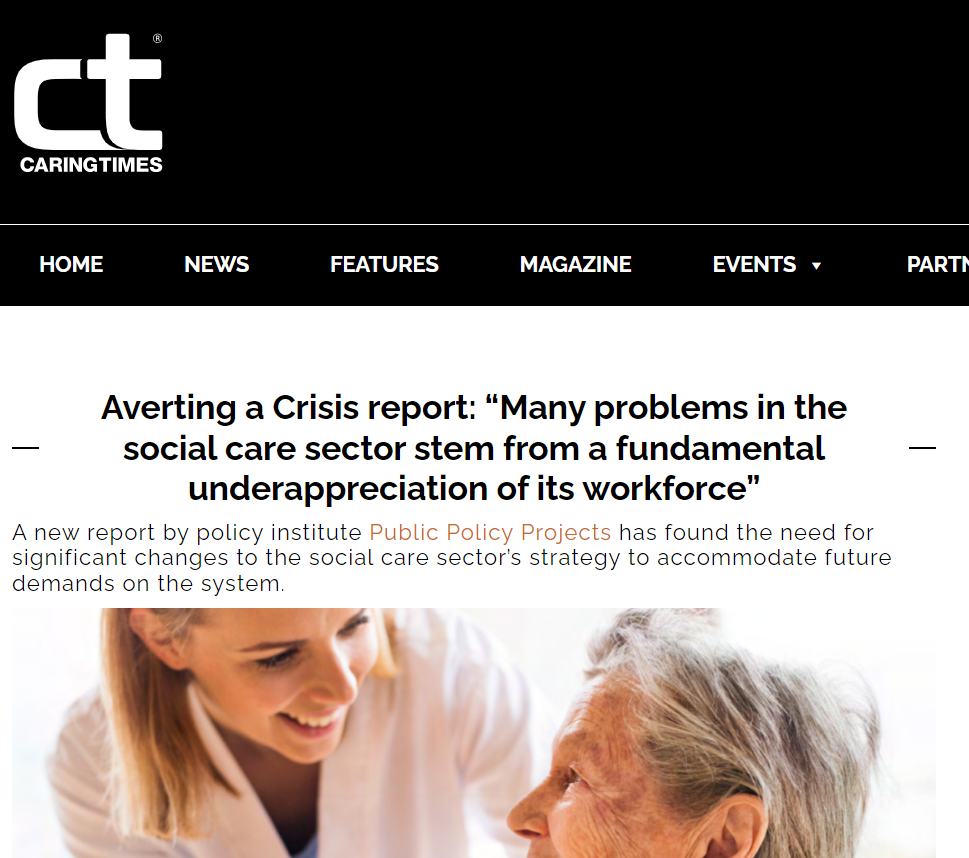 Anne Pridmore, who receives 24/7 social care and contributed to the report, said: “We must recognise and appreciate the skills of the workforce, and pay workers a decent wage.

“I get to pay my carers £10 an hour in a town where you can get £15 for dog walking. How can this be conducive to good recruitment and retention?”

A think tank has called for an ‘elevation in the status of care work’ in order to fix the social care workforce crisis.

A new report from Public Policy Projects sets out a number of measures aimed at improving staff recruitment and retention in the social care sector.

Among its key recommendations, the report argues that the Government invest in a positive advertising campaign to raise the profile of those working in care. It cites the boost in public sentiment towards nursing that followed Florence Nightingale’s work during the Crimean war, and stresses the need for a similar shift to take place for care work.

What’s next for PPP

PPP looks to publish its final report in the social care series – The Future of Social Care: digital opportunities and the arrival of caretech – in Autumn of this year. This report will again be informed by the lived experience of individuals either using or working in the social care sector.