Your turn to ‘U-turn’ on antibiotics, Thérèse Coffey 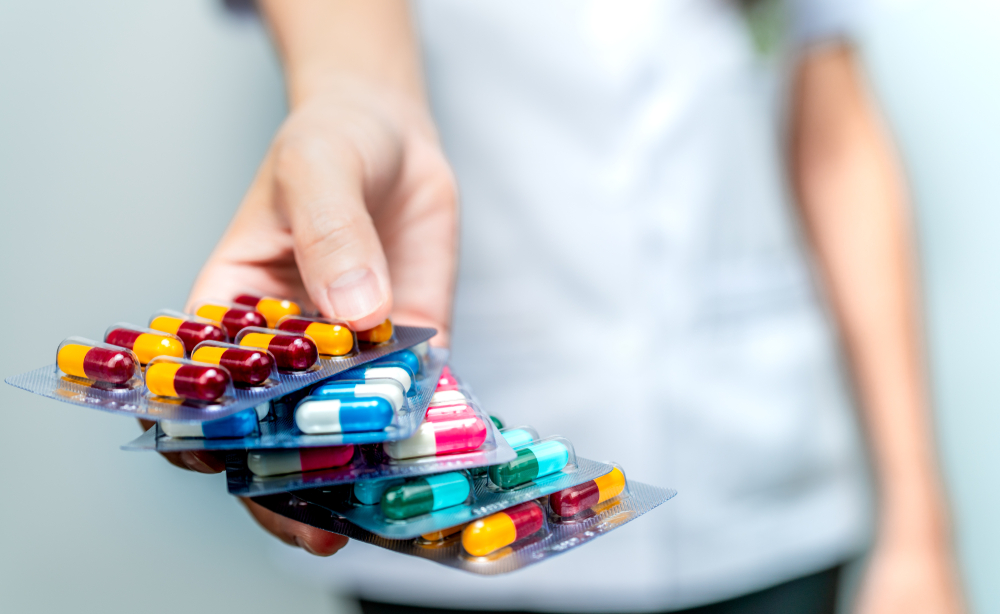 Increasing the accessibility of antibiotics is a high-risk, low-reward policy that will cost both lives and money.

Over the course of the weekend of the 15th and 16th of October, major news outlets began to feature a reoccurring headline: Health Secretary, Thérèse Coffey, had admitted to ‘sharing prescription medicines with others’. A confession which sparked outrage.

As summarised by the NHS “antibiotics are used to treat or prevent some types of bacterial infection. They work by killing bacteria or preventing them from spreading. But they do not work for everything.” They are vital in treating certain conditions and protecting against infection during chemotherapy, caesarean sections and other common surgeries. However, if taken when not necessary, they encourage harmful bacteria living within an individual to become resistant to antibiotic treatment. This will ultimately result in antibiotics having no effect when truly needed, placing patients at true risk.

In short, there is an incredibly compelling reason why the NHS does not hand out antibiotics ‘over the counter’.

AMR poses one of the greatest health threats to humanity at present. As argued by the former Chief Medical Officer for England, Dame Sally Davies, “anti-microbial resistant could kill us before the climate crisis does” – an incredibly daunting prospect.

This threat, however, is by no means new. In 2014, then Prime Minister David Cameron, commissioned a review into the increase in drug-resistant infections. Chair of the review, economist Jim O’Neill, forecasted that by 2050 AMR could put at risk 10 million lives per year and accumulate a cost of $100 trillion in economic output globally – more than the total economic cost of cancer. Arguably led by the UK, the world had finally begun to pay attention to the threat.

Following this, in 2018, the House of Commons Health and Social Care Committee, published their report, Antimicrobial resistance. Further highlighting the risk posed by AMR, the inquiry reinforced the messaging of the O’Neill review. By 2018, AMR infections had claimed “at least 50,000 lives each year across Europe and the US alone”, figures which were “set to rise dramatically over the next 30 years”.

In January 2019, the Government published its ‘five-year national action plan’ to tackle AMR. It had begun to receive serious attention. Nonetheless, by the dawn of the Johnson administration in mid-2019, its level of political importance had seemingly diminished. This attention only dwindled further as a result of the Covid-19 pandemic.

What had begun to shape into a serious front-line area of policy for the Government, quickly moved to the background, and few updates have since been announced or championed. The current threat posed by AMR is therefore a serious, but not fully understood, one.

During the reviews and inquiries conducted to date, the need to increase funding is a repeated recommendation. The Health and Social Care Committee highlighted that “Professor Dame Sally Davies, the Chief Medical Officer, told our inquiry quite simply that if action is not taken to address this growing threat, ‘modern medicine will be lost’.” Additionally, the then Deputy Chief Scientific Officer of the ABPI, Dr Sheuli Porkess, “suggested that AMR should be a key priority in the NHS 10-year plan.”

While the 10-year plan did address AMR, like much within politics, its importance was understandably eclipsed by the pandemic. However, we should not fall victim to letting the urgent crowd out the important.

While impacted by a series of unforeseeable events, the looming long-term impact of AMR has arguably only grown. A threat, which at the time of conducting the Health and Social Care Committee inquiry had generated “an estimated cost to the NHS of £180 million per year”, an amount which has most likely grown since then.

With Chancellor Jeremy Hunt’s reversal of the mini-budget and likely spending cuts looming over Government departments and affiliated organisations, facilitating the spread of AMR would be far from ideal.

In the face of an already overworked and overwhelmed NHS workforce, increasing the need of care for those suffering from drug-resistant infections holds the potential to be the tipping point for many across the service.

Following the revelation that Coffey hopes to increase accessibility to antibiotics, many across the health service turned to social media to share their frustrations. Labelled as “utter recklessness”, “moronic” and “nuts”, amongst others, feedback for the proposal was far from positive.

Owing to the fact that since the 1980s, no new class of antibiotics have been discovered or made available for routine treatment, promoting and investing in new and rapid diagnostics to offset the use of antibiotics will actively reduce unnecessary use for example.

Increasing the ease of access to antibiotics will most likely lead to an increase in their use, ultimately leading to an increase in drug-resistance infections, which will result in long-term economic impacts upon the health service and wider society.

In an ever-more repeating trend of ‘U-turns’ amongst current Cabinet Ministers, owing to the response from health professionals and the impending risk posed by AMR, this is one which is highly advised. Without it, the estimated 65,000 people per year in the UK developing drug-resistant infections will only skyrocket.